Please email andrewmayfield@sky.com if you have any material you would like me to add to this page.

A very early result sheet from shortly after the club was formed in 1927 (From an original held by George Bolton): 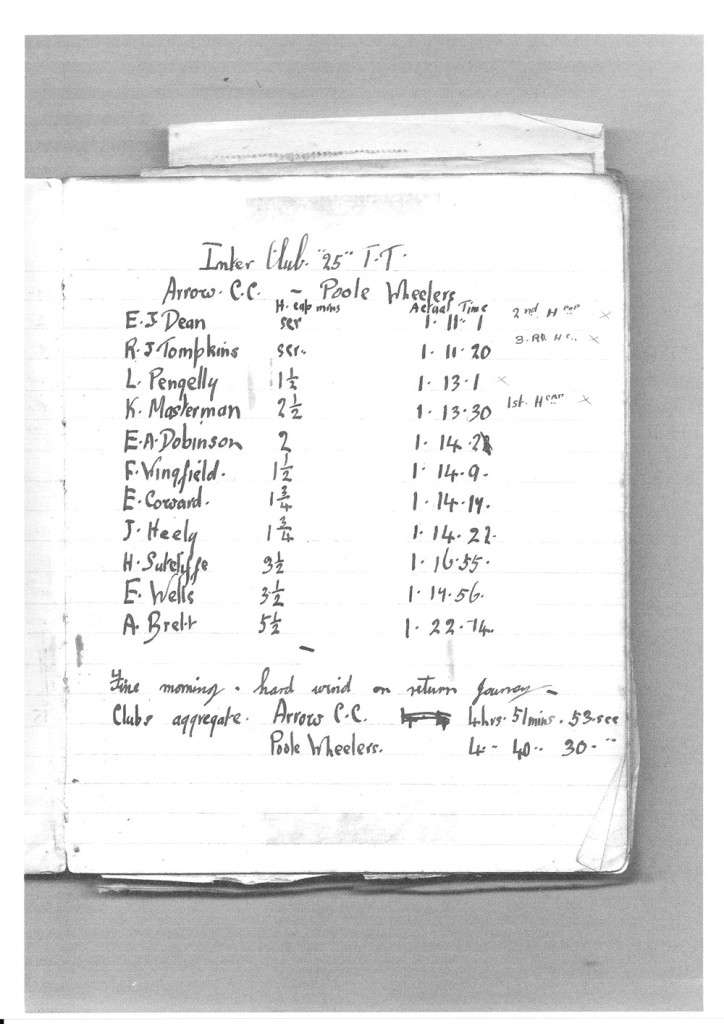 By 1933 the club launched its own newsletter, “The Reflector” which ran for 25 editions before the war. Here is the very first edition. (Photographs and information provided by George Bolton) 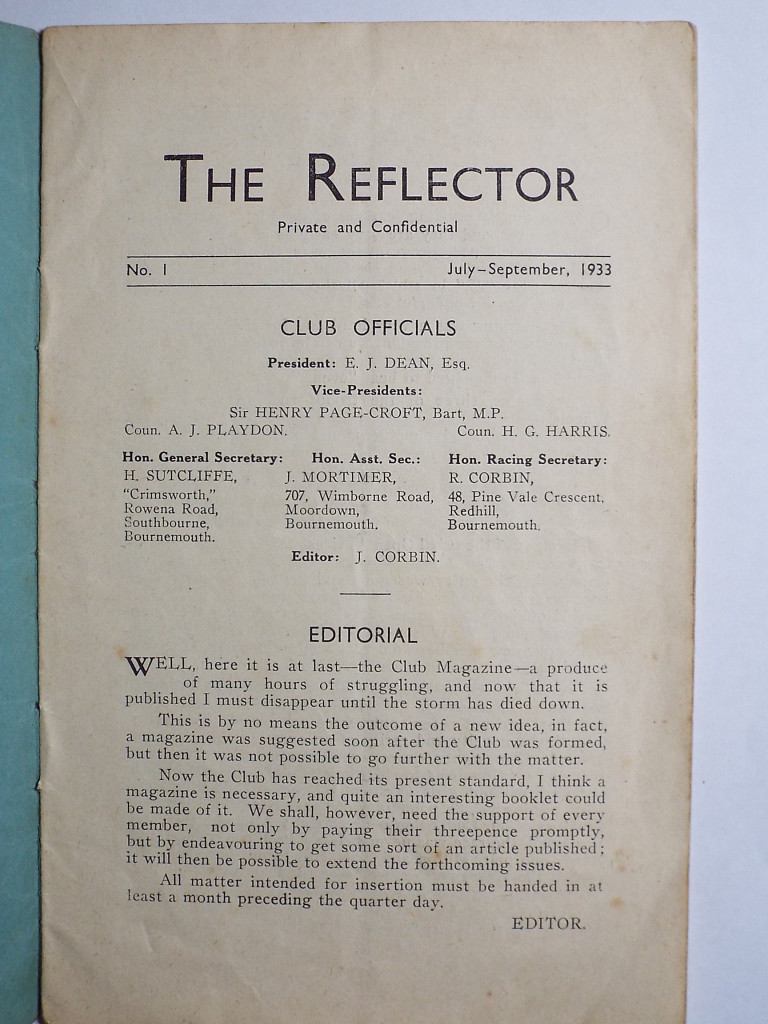 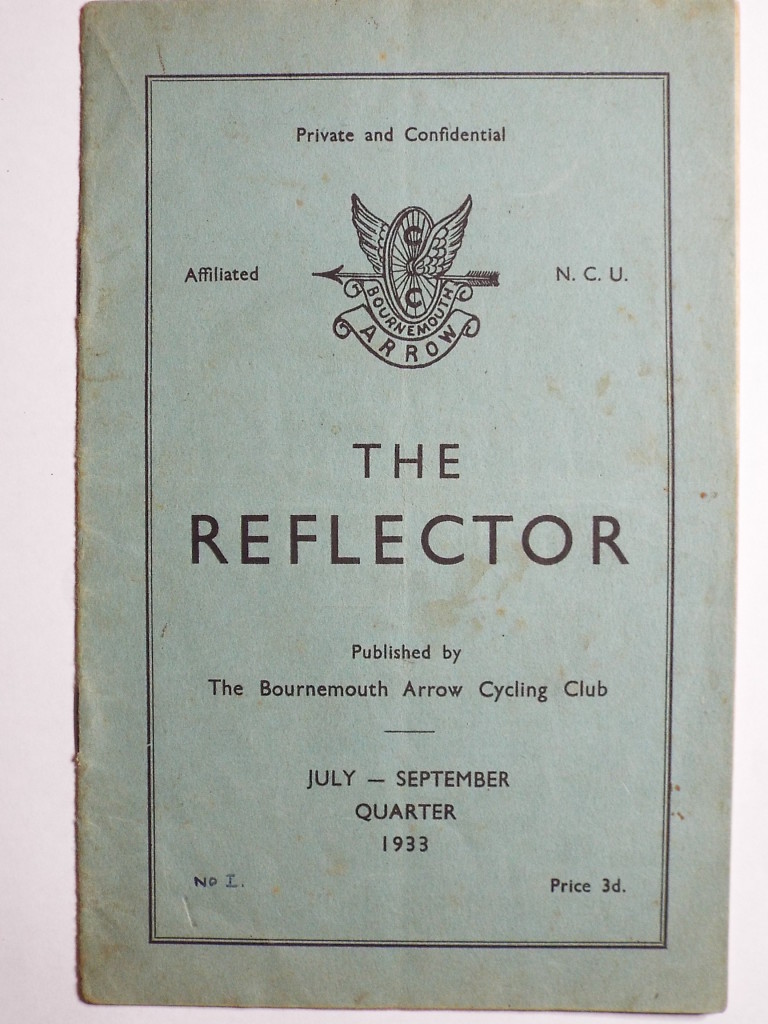 Here is an unusual medal, won by Arrow clubman Freddy Cox in 1937 for the ½ mile novices race at the Dorest and West Hants sports Association’s track meeting at Poole Stadium. Now the home of Poole Pirate’s. (Photographs and information provided by George Bolton) 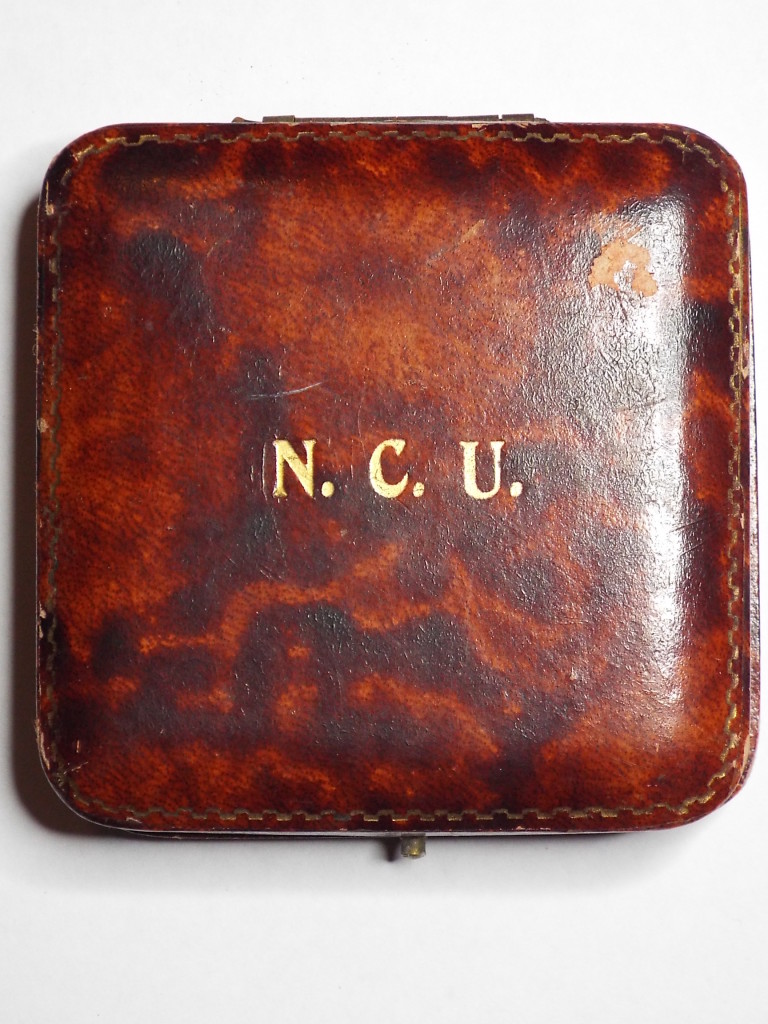 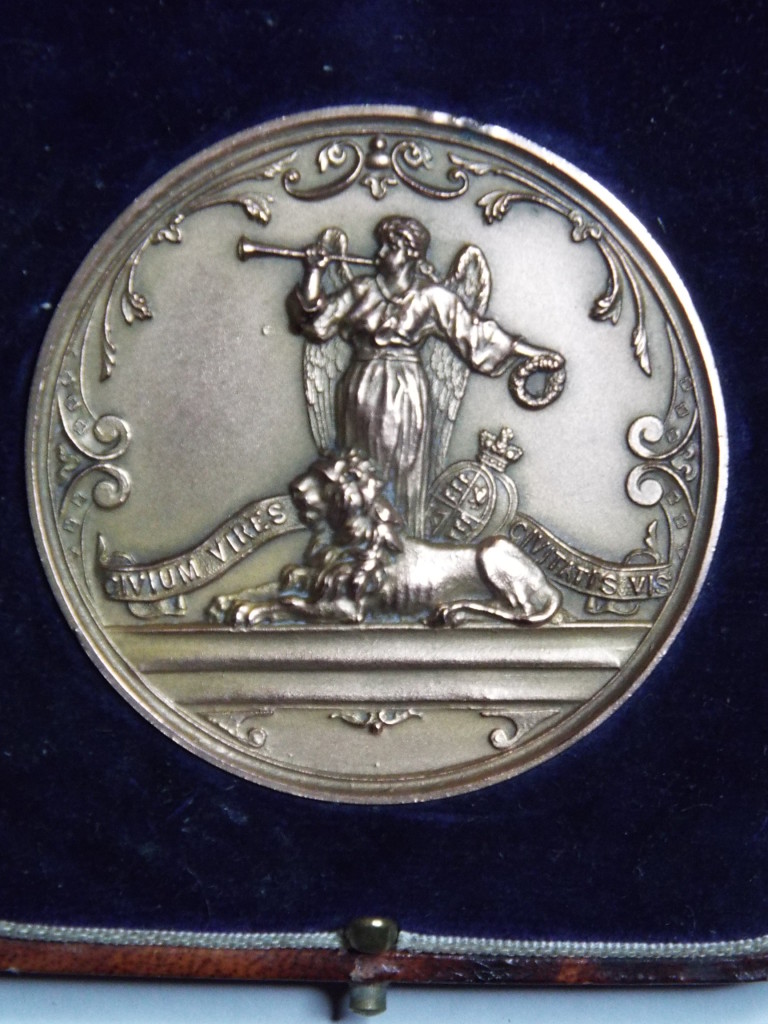 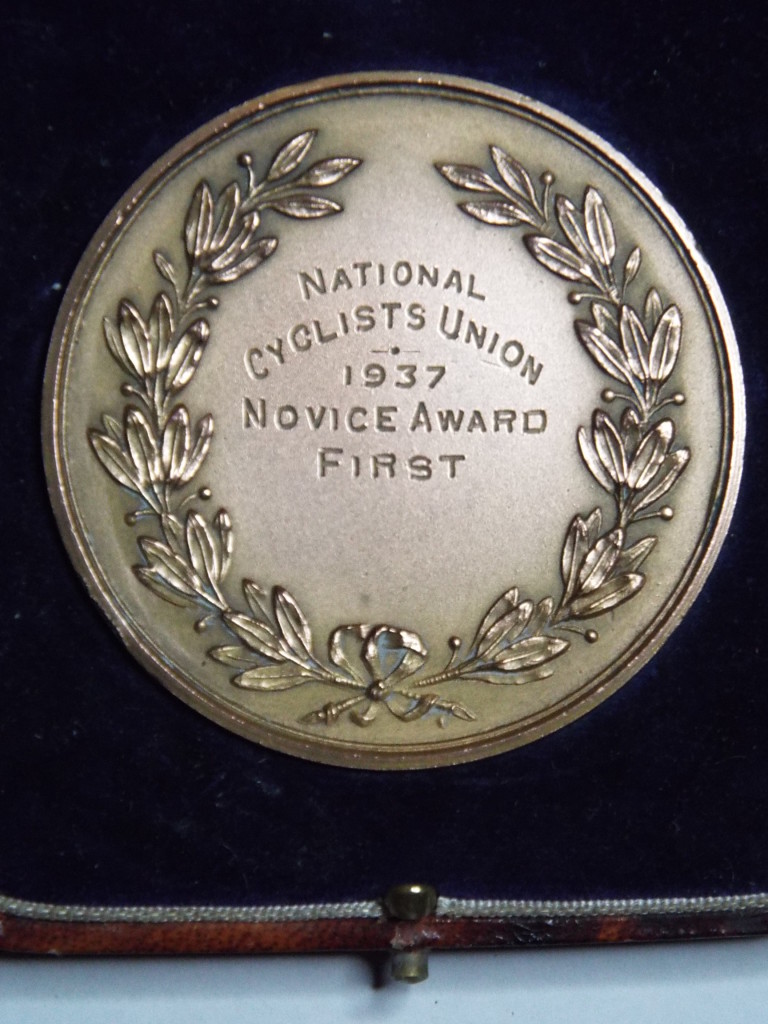 Here is a wartime edition of “The Reflector”,from 1940 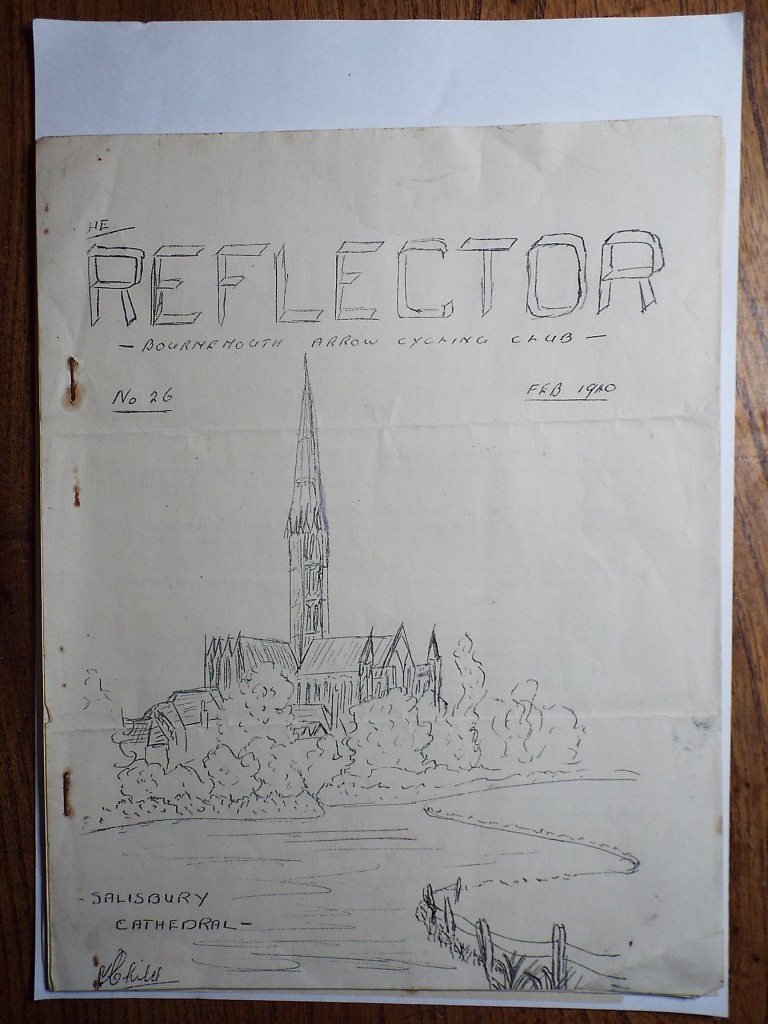 Here’s a picture of one of the heroes who made the Arrows the club it is today – step forward George Bolton pictured riding a Pat Skeats frame with an 87″ fixed gear. 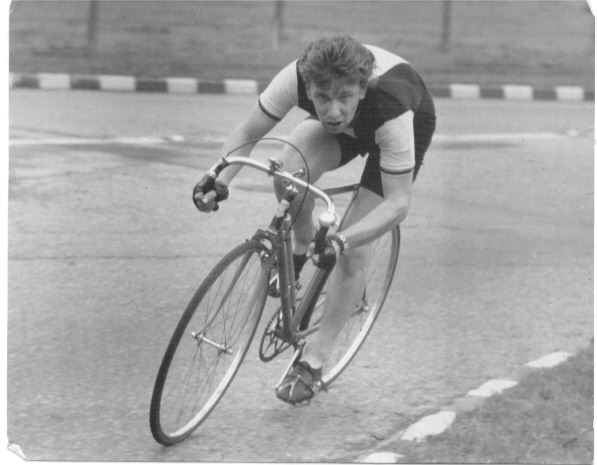 The picture shows the Arrow team including George Bolton, K Miller, B. Hart and M. Lightwood who were narrowly beaten by just 3 seconds by Poole Wheelers in the annual interclub 25.(Photos by George Bolton) 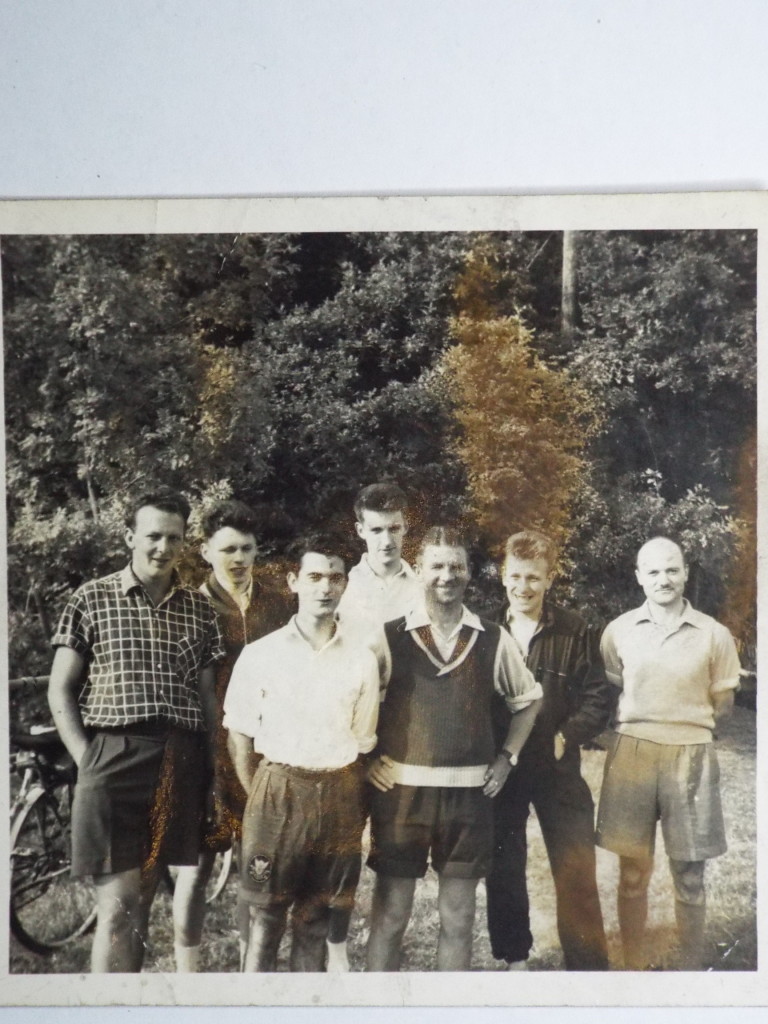 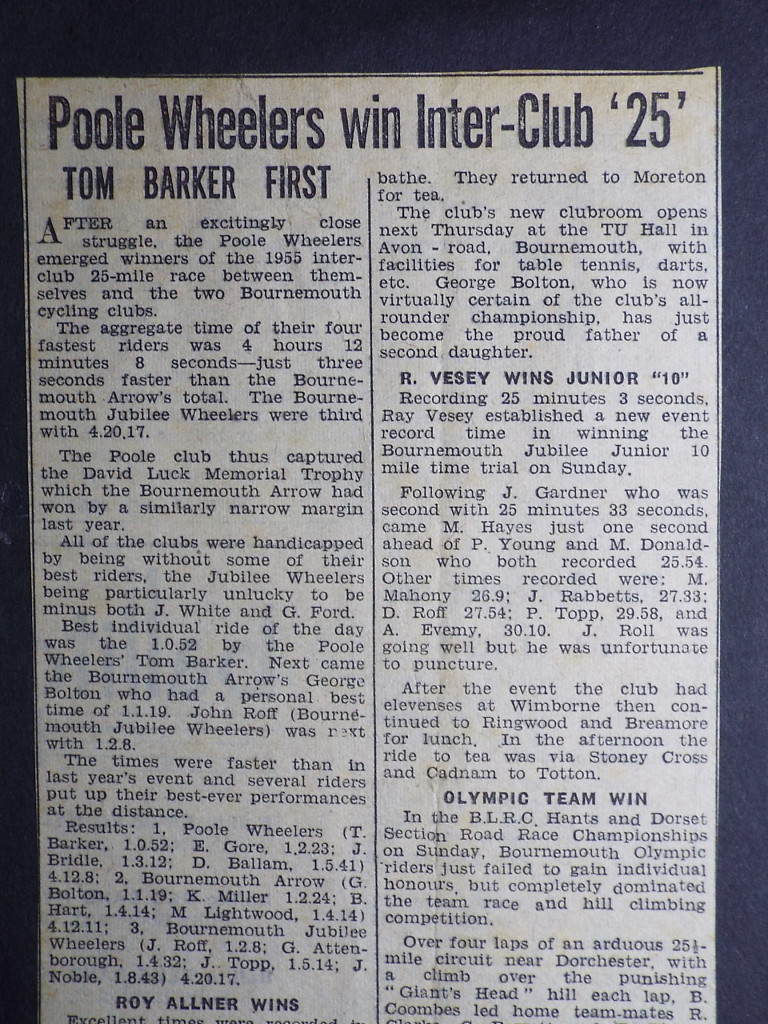 To celebrate our 35th anniversary in 1962, the club held a reunion ride of founder and current members. Lunch was at the Royal Oak in North Gorley. (Photo by George Bolton)
. 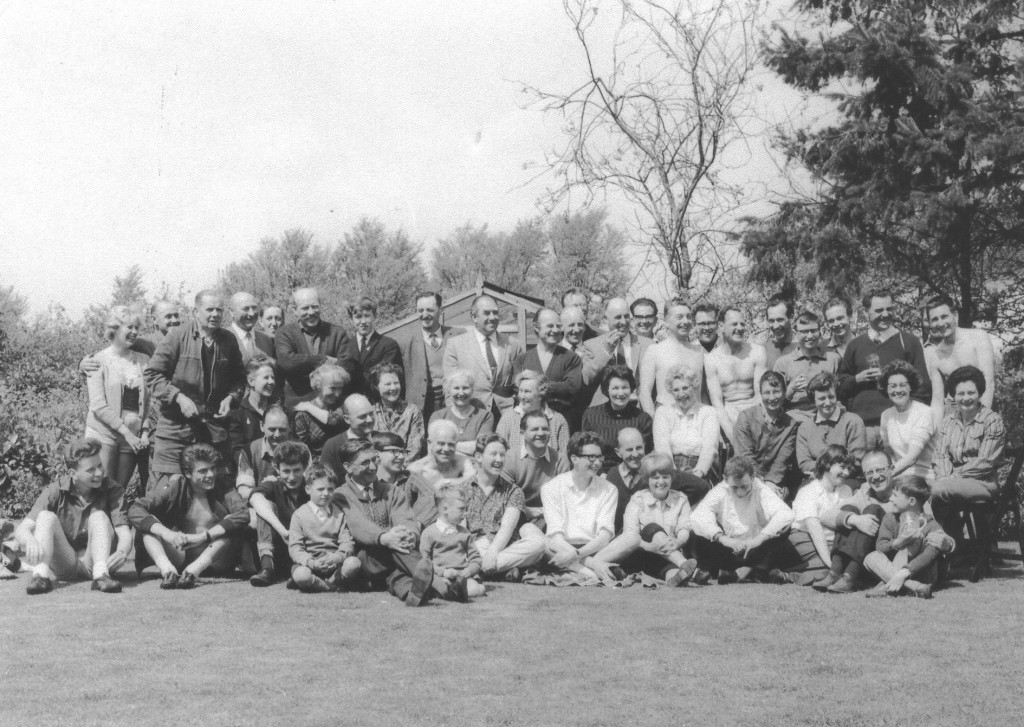 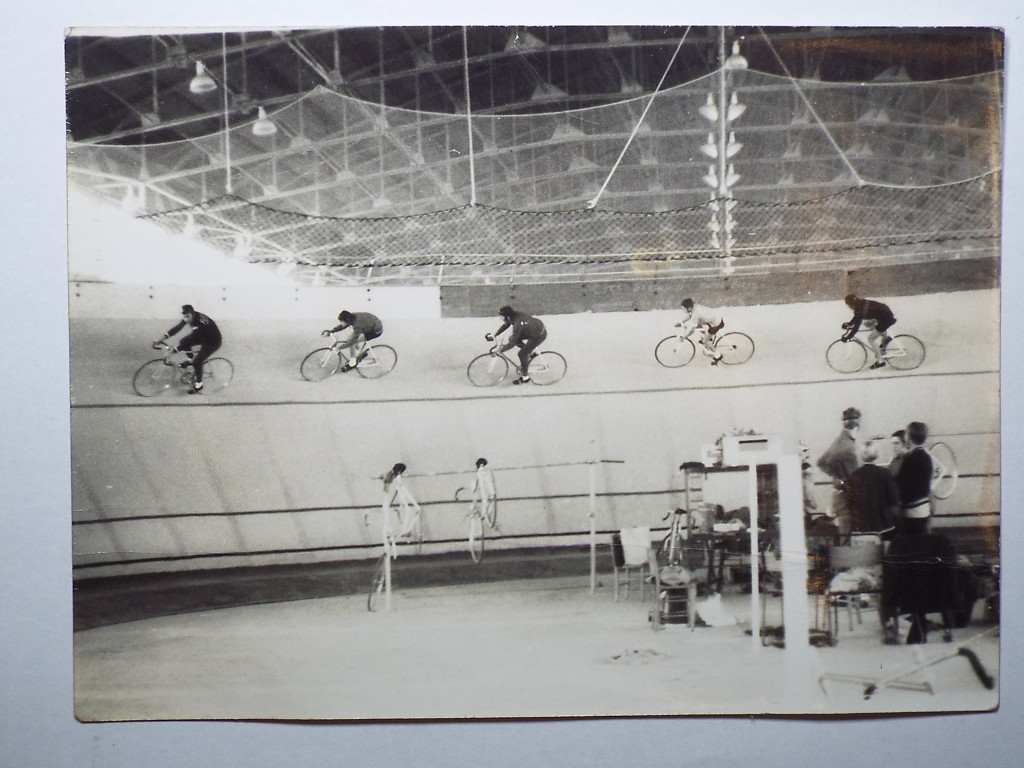 George Dixon training for the stayer’s championship at Herne Hill, where he took bronze.(Photo by George Bolton) 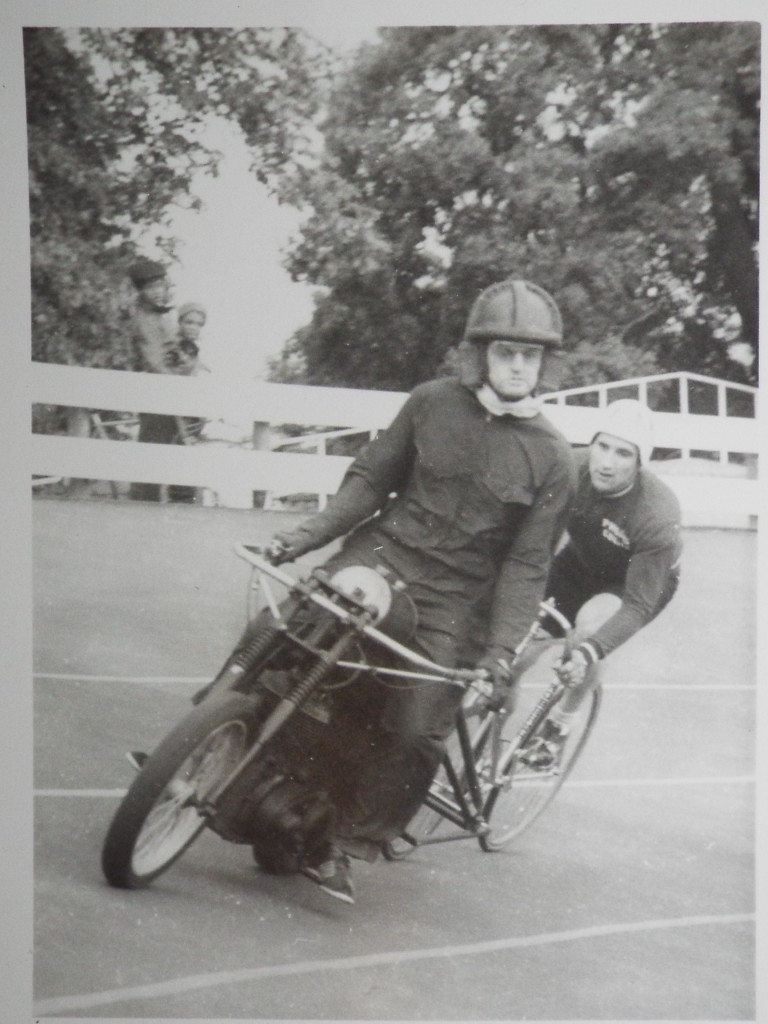 Some pictures of racing at the Hampshire Centre, now Castlepoint shopping centre: (Photos by George Bolton) 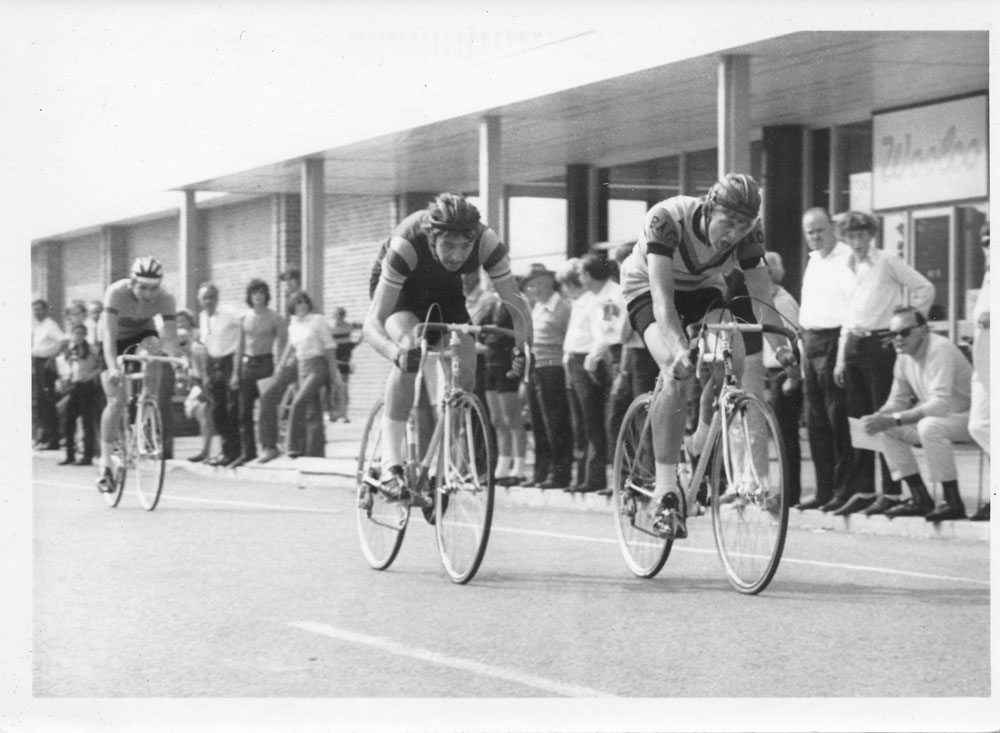 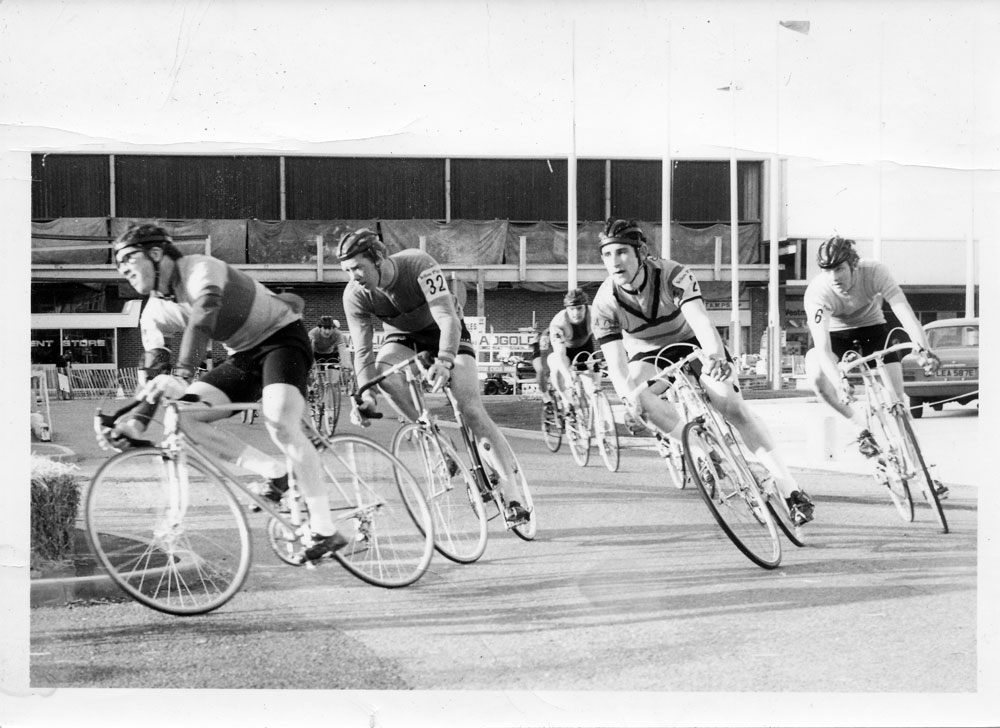 Barry Clarke launches the newly sponsored Bournemouth Arrow-Fircoft Hotel in the 1980s. We remained sponsored by Barry until 2017, one of the longest running sponsorship deals in British cycling history! The Fircroft naturally forms the backdrop to this photograph. Barry sold it later to buy the Collingwood which he ran successfully for many years before selling it in late 2016. (Photo by George Bolton) 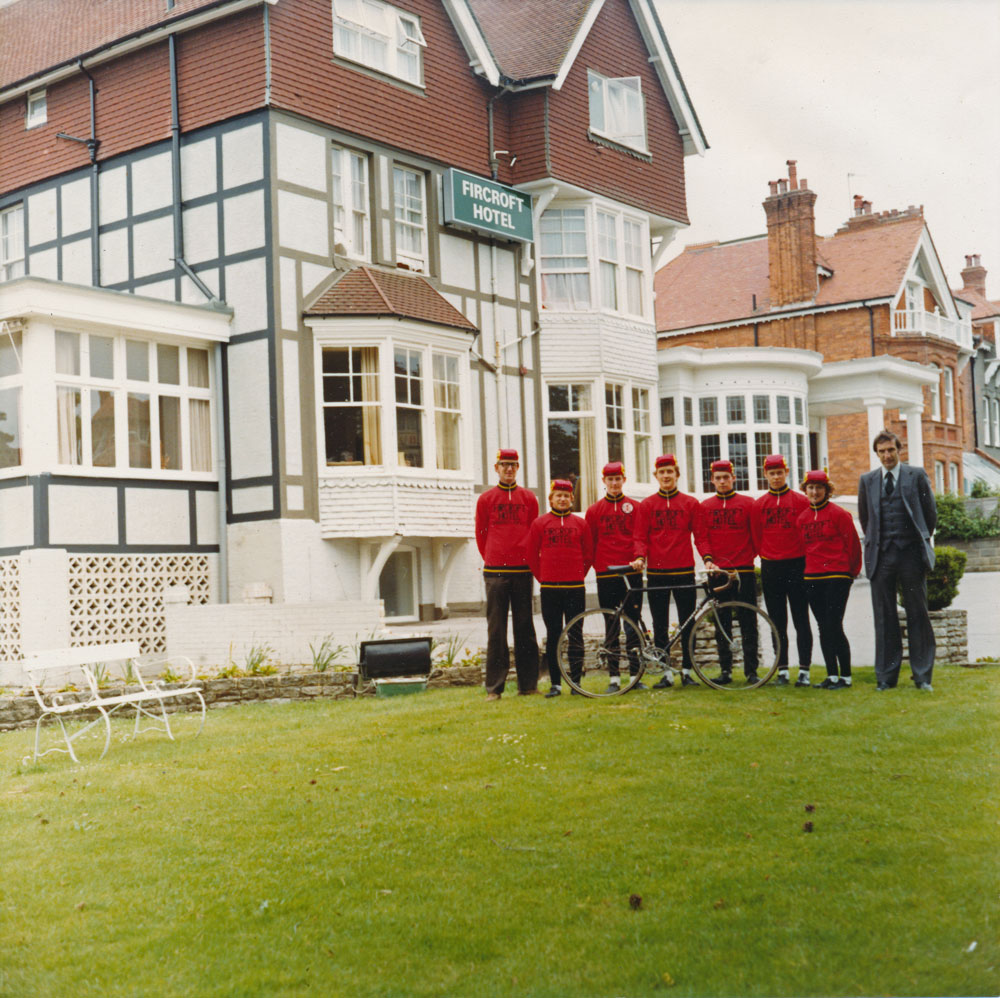 The club at Winton track, the forerunner of our ‘proper’ track at Slades Farm (Photo by George Bolton) 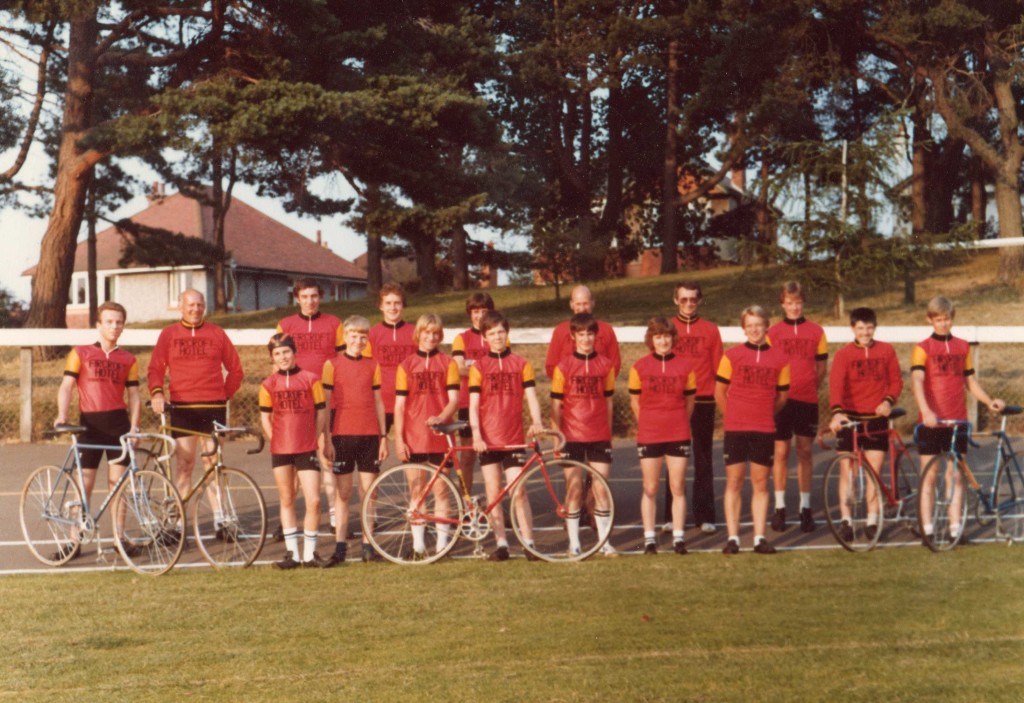 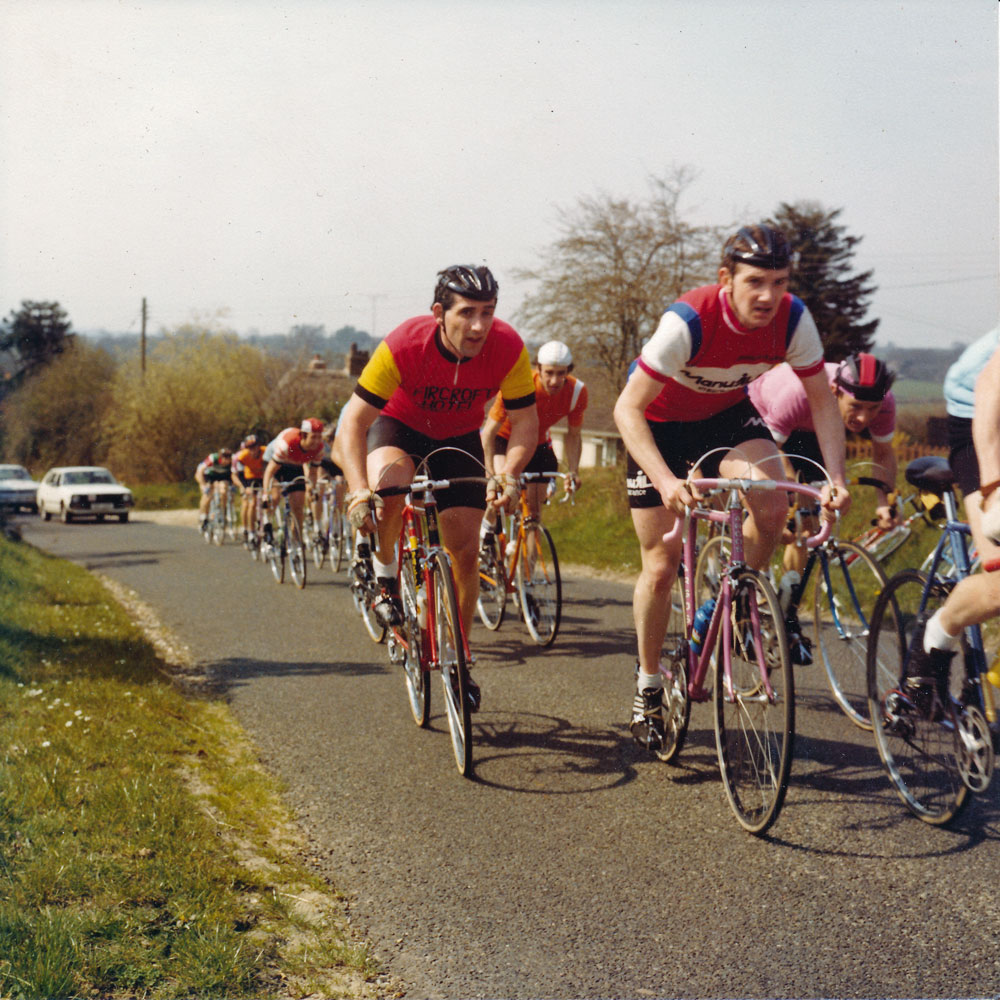 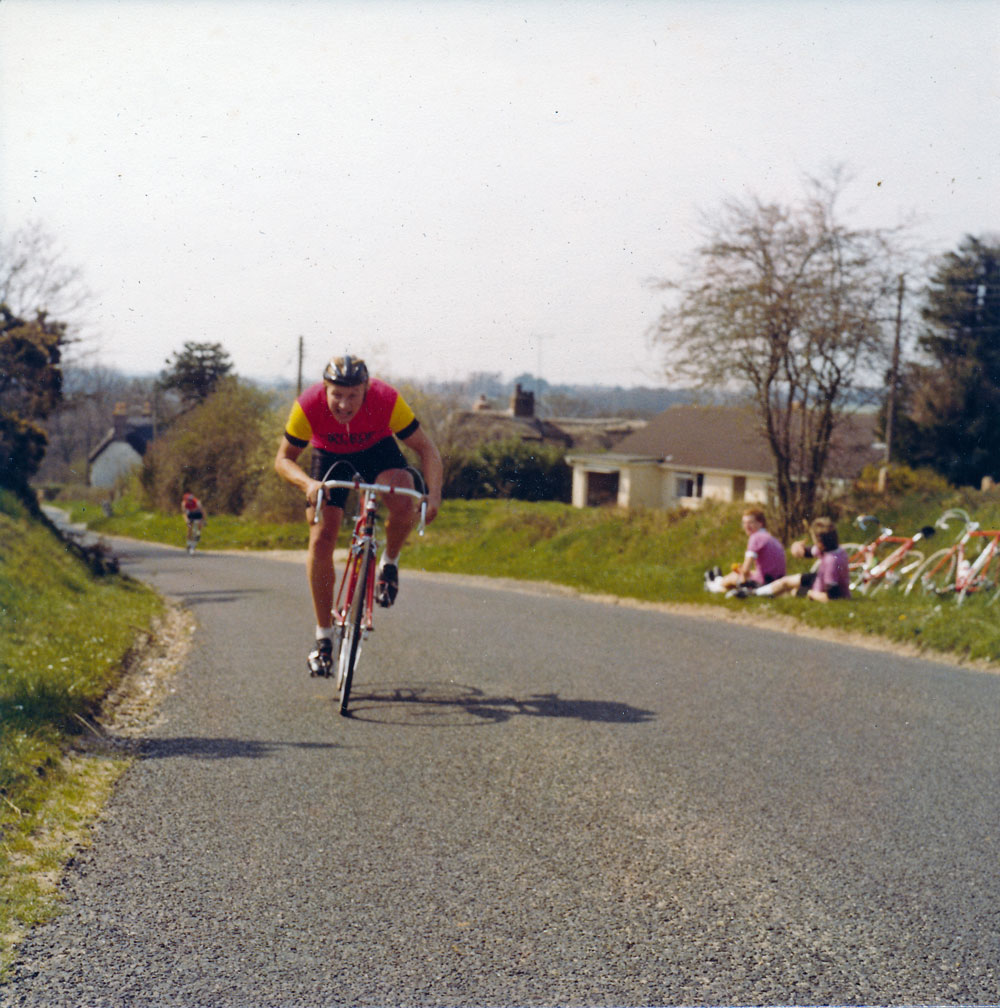 2002 – A letter from a young hopeful in France.. before success and mega-stardom with Cervelo, Garmin and GCN! 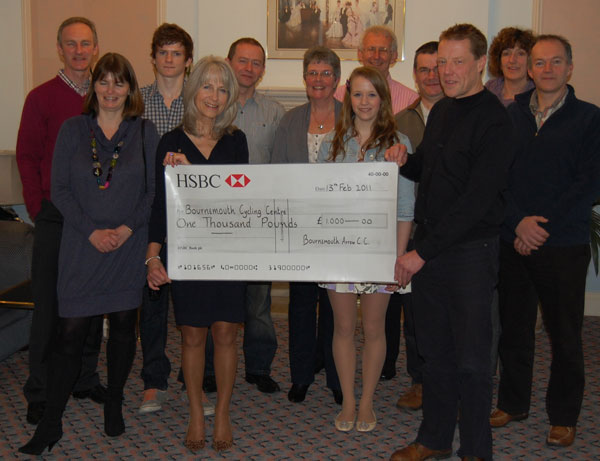